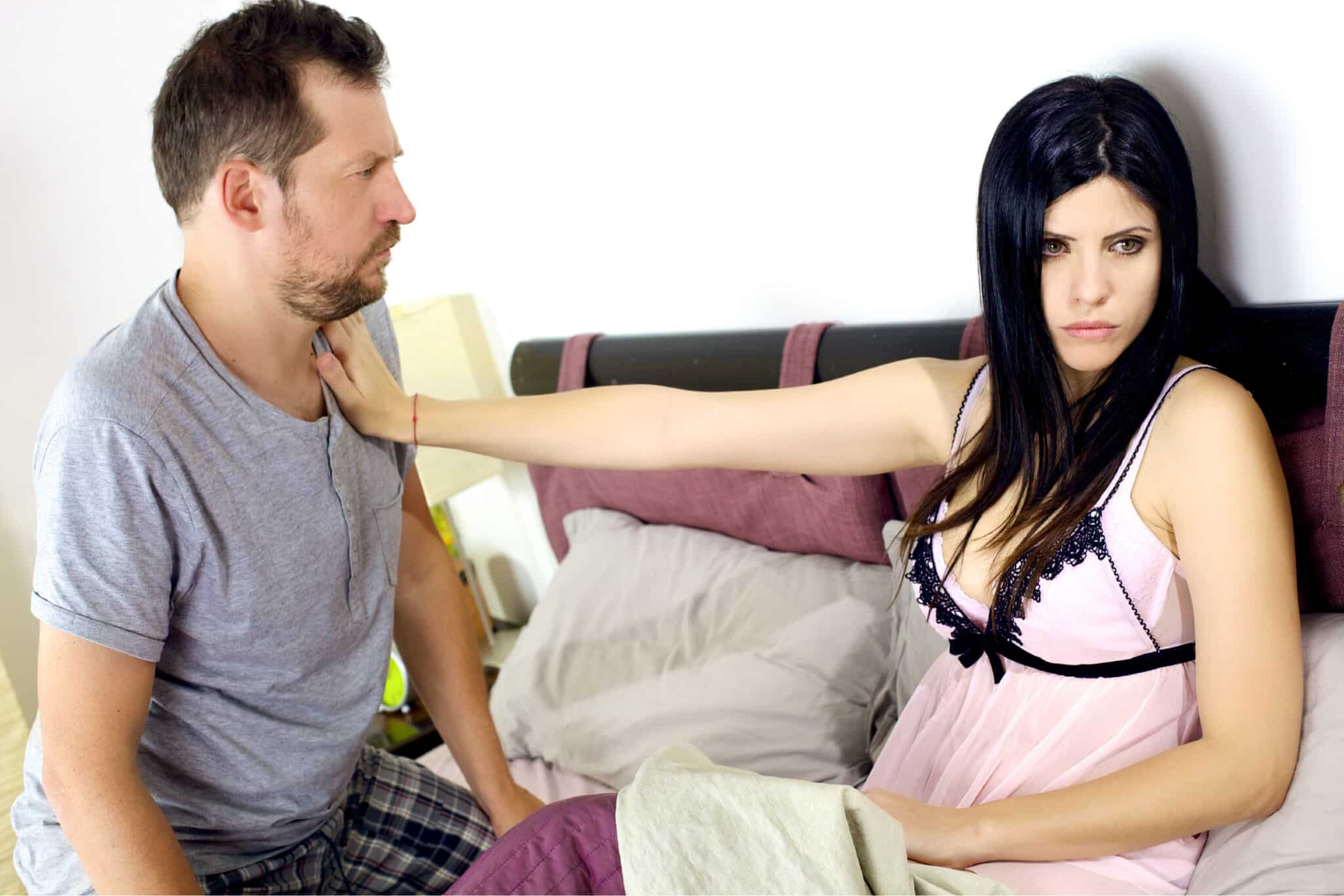 Has your wife said all you want is sex, and then you’ve felt that rush of shame and start defending yourself or arguing with her as to why she “should” want sex? Then this article is for you…

Are you a man who has been diagnosed by women as having “Sex Brain?” What the hell does that even mean anyway?

What the hell is “Sex Brain”?

Simply put it is the crystal clear perception from a woman that the only kind of connection a man is truly interested in is a sexual connection. He wants to have sex with her.  Above all else, this is more important to him than any other type of connection.  It happens in both single and married men every – single – day.

Guys with “Sex Brain” will deny it. They will pretend to care about other things. They will act cool. They will play “the game”. They will blame her for being unattracted to him. They will attack her femininity and libido.

“Sex Brain” is especially common in single men trying to meet women AND in married men who are resentful because of a lackluster sex life.

“Sex Brain” can be the very ROOT of the problems a man is having at many stages of his life and relationships. It adversely affects his ability to CONFIDENTLY:

It also inhibits a man’s ability to genuinely respect, accept, and appreciate women.

In a recent correspondence with a woman she told me,

“It’s absolutely TRUE that for experienced women we do not like men who have ‘sex brain’. We have a very evolved BS detector. That means if it’s the only thing they’re thinking about when we are in each others company it won’t happen. If I get signals from a man that he has ‘sex brain’ I get bored. There is NO connection.”

Ten million single or married women from across the world could have said the same thing. Should we care?

We have the choice to either believe it or not.  If you choose to believe it and act on it, everything can change for you.

Women can feel your authenticity whether it’s authentic “horndogginess” or authentic confidence and respect.

That is Secret #1 in my ebook, “5 Secrets of an Unhappy Wife”.  Put your email address just over there to the right to find out what the OTHER 4 Secrets are and simple daily exercises you can use.

To overcome the particular problem of “Sex Brain”, we must understand what actions can totally diffuse the condition. But how?

How do we REPLACE what feels to us as a “hard wired” emotion?  How can we be expected to turn-off our manliness and start acting more like a woman?  Like one of her girlfriends?

The answer is amazingly simple but so hard for many men to understand. But once they UNDERSTAND it, they are on the path to fixing it.

What the hell does THAT mean? What kind of “man” am I talking about?

I’m talking about the very specific man that most women fantasize about – DAILY.

Regardless of age or marital status, there is ONE kind of man that most women keep in their heads as their “go to guy”. They are comfortable and safe with him.

They say and do things with him that would make your head spin. He is the only guy they feel safe enough with to be as lusty and sexually adventurous as they want to be.  And guess what?

He doesn’t really have a face.  His height, weight, hair, and size of his manhood are not in the picture!

The fantasy man knows her secret. She wants to be WANTED – not NEEDED.

She is attracted to him because he wants her emotional gifts instead of just needing her physical gifts.

She feels his masculine energy of strength and confidence with a genuine appreciation, acceptance, and respect for her.  With these feelings locked in place, she welcomes his masculine, unapologetic sensuality and is turned on by his wanting her.

She RESPECTS the hell out of him!

She loves that he wants her!  But she knows he doesn’t need her.  In fact, she knows she must pay attention to what he expects and desires from her.  And she willingly does.

He is strong and confident enough to refuse sharing his desire with a woman refuses to step up and accept HER role in the relationship.  He wastes no time with her if she acts in ways that show she doesn’t share his values.  This also attracts her and builds even more respect for him.

So why do so many men roll their eyes at this? What is it about the fantasy man that makes men doubt his existence? Are they disgusted or intimidated?  Are they jealous?

Maybe they can’t see themselves being that man.

They are wrong. They can be that man.

They can easily become skilled and confident in listening – in sharing their feelings – in showing respect, approval and acceptance of her and others. They are calm but firm in stating their values and enforcing their boundaries.

They have no hidden agenda or planned outcomes with women.  And most importantly, they do NOTHING to try to change her and only worry about improving themselves and living by their values.

They always gives her the choice to join them in their values – or not.  Her choices and her reactions do not rattle them.  They find their own affirmation and validation not from her, but by how they live their life.  They surround themselves with OTHER good men.

They do this for one person only and that is themselves.  And THIS is irresistible to her.

This is what I mean by being MORE of a man.

Becoming this type of man can be achieved by anyone. That is, anyone who can consciously decide that is who they want to be.

Attractive manliness comes with purposely living your life according to YOUR rules.

Healthy and passionate relationships come with choosing to give what others need and knowing how to receive their love in return.

If you are not already on this road to confident manliness, get some help.  There is SO MUCH more to know and SO MUCH more to do.  Contact me to talk about your problems and your desires for your life and relationships.

I will not only help you understand WHAT you need to do, but I will show you specifically HOW to do it.

The HOW TO process is the most important part.

Step by step.  Easy.  You can do this.  Contact me today.

8 thoughts on “My Wife Said All You Want Is Sex”