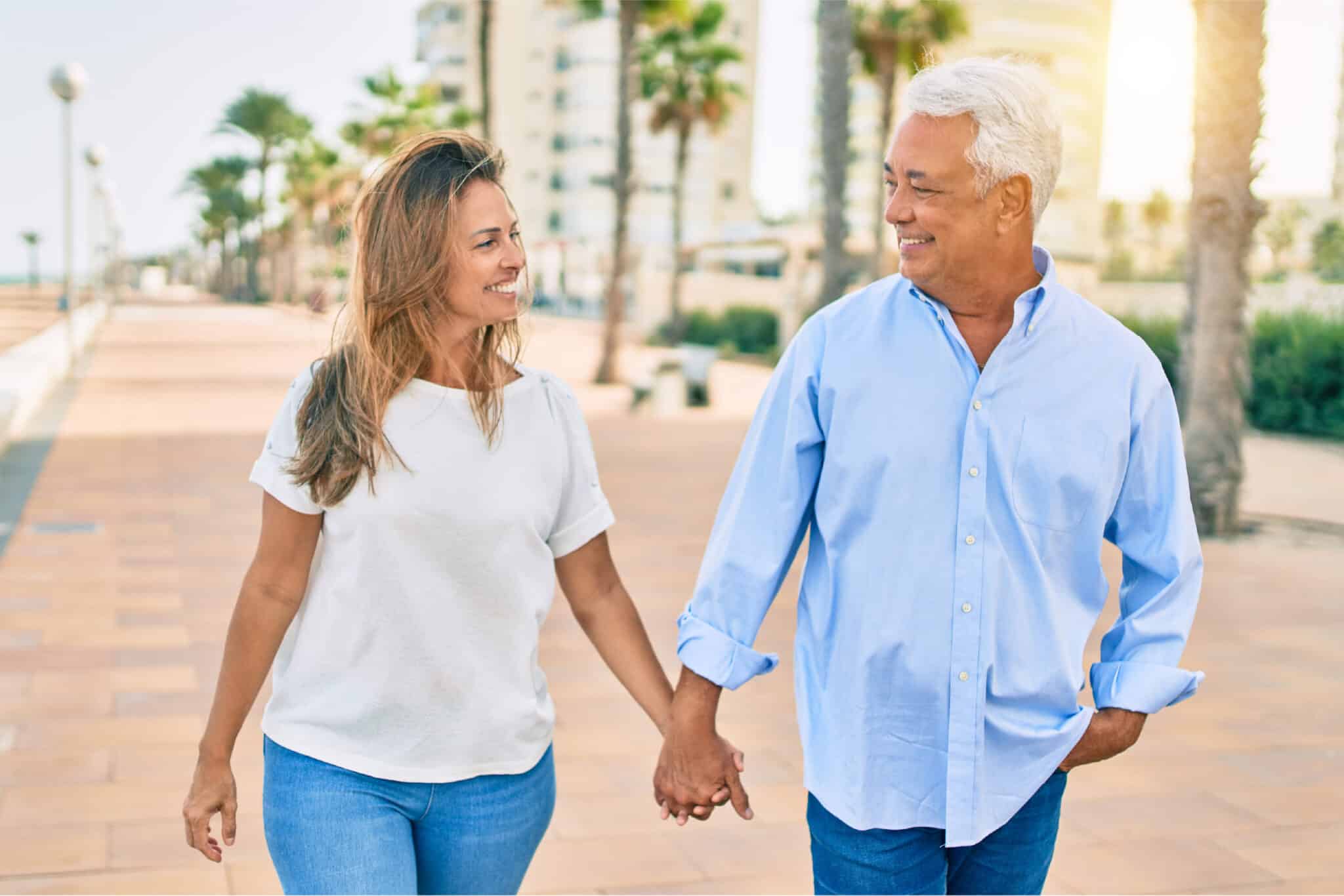 It’s a common story…wife becomes unhappy, wife pulls away, husband learns from the pain and becomes a better…no, an amazing man, but it’s too late to save the marriage. Why can’t we achieve that beforehand?

“I’ll probably never be able love anyone like I loved, Jessica.” Paul told me a few weeks after his divorce from his wife of 18 years.”

The last year of his marriage was an exhausting struggle as he watched Jessica pull farther and farther away until she finally moved out. “We can still be friends, can’t we?” she would say. And Paul grabbed onto that possibility thinking it could be his only chance to win her back. They would spend weekends together with the kids camping or hiking. She would let him kiss her. They even had incredible sex one evening even though she said she was no longer attracted to him.

And then she would pull away again. Detaching. Acting lost and confused. Paul knew she was seeing other people after work. Why did she keep him on this tether? Why was she playing games with his heart? Why did he let her? Why did he allow himself to be emotionally jerked around?

Because he loved her. Plain and simple. And he would probably never be able to love anyone like her again.

Their trial friendship ended in a couple of months and they numbly navigated their divorce dividing money, cars, pets and time with their kids.

Paul didn’t quite know what hit him or where he was headed. But he had been doing quite a bit of work and self-study and he knew one thing.

He was going to be okay. Better than okay.

Paul was committed to learning something from the pain and confusion of his divorce. He spent a solid year diving deep into this project.

He focused on getting crystal clear on what he believed about himself, relationships and women. His self-imposed standards and his boundaries needed to be defined. Paul wanted to hold himself accountable for operating at a higher level as a man and for surrounding himself with more positive, supportive people. He decided to choose happiness over regret.

For the first time he clearly saw how Jessica’s personal challenges and choices were more about her than about him. He could finally see and feel her experience in the marriage.
The pain and guilt he felt became motivation to learn more about why some “nice guys” seem to have a pattern of difficult relationships with women. He now recognized the unhealthy behaviors he used in marriage to manipulate Jessica and how he heavily relied on her for his happiness.

Paul wanted more self-confidence in how he saw the world and how he showed up in his emotions and his actions. He studied confidence and finally became clear about the source of his self-respect and sense of well-being. He developed a personal spirituality around his sense of purpose and “deservingness”. This made him feel more deliberate in his thoughts and his decisions.

And he learned about vulnerability and empathy. For the first time he clearly saw how Jessica’s personal challenges and choices were more about her than about him. He could finally see and feel her experience in the marriage. His divorce really wasn’t all about him – and that gave him a huge sense of relief and calm feeling of compassion for her journey.

Paul studied about why he was treading so lightly in life. He had been playing small and knew he was capable of so much more. He wanted out of his comfort zone and to push the edges of his fears. He wanted to feel bolder and to take more risks.

And so he did. He pushed forward with more confidence in himself, his work and his new interest in dating.

“This Woman Blew Me Away”

Paul began going on a few dates to test the waters. He agonized over writing his profile and finally decided to just write down the simple, raw truth about who he was, what he believed and what he brought to the party. He was unapologetic about his desire for deeper connections with women and was bold in his expectations for honesty and authenticity.

After three uneventful dates he met another woman for a fourth attempt. He later told me, “This woman blew me away.” Here is the story in his words.

“We met for drinks on a week night at 6pm and literally the next thing we knew they were closing at midnight, we had no idea. We hugged and went our separate ways, half-way home she sent me a message that she had an amazing time and smiled all the way home and couldn’t wait to see me again.”

“What a feeling. We arranged a second date to dinner, we had reservations at 6:30, again on a weeknight, we got our meal and a bottle of wine and again they came to our table and told us they had closed a half hour ago and really needed us to leave. She again texted me while I was driving home telling me what an amazing man I am and she couldn’t wait to see me again.”

“Man I have to tell you, I have never had a woman make me feel the way she does. One clue, when I was over at her place one night for dinner she showed me an article on her phone that she had been reading and wanted my opinion. It was an article on the Good Men Project site! That impressed the hell out of me that she was reading things about men’s needs and desires.”

“We seem to have an unbelievable connection and it feels amazing. She tells me that she can’t believe that she found a man like me who allows her to be the strong independent woman that she is (she is a lawyer and owns her own law firm and was a Captain in the Air Force) but also makes her feel completely free to let her guard down and be vulnerable.”

“She said she never had a man that she could rely on or trust. She says I make her feel like a woman. It’s been pretty amazing so far and I’m really looking forward to seeing where it goes.”

Why Couldn’t I Have This With My Wife?

Like most men I know (including me) who reach this point after divorce, we ask ourselves, “Why couldn’t we achieve this kind of connection with our wife?”

The best answer I can give is, “Because we were not yet the type of man who achieves that kind of stuff with women.”

It’s often our FEAR of divorce which paralyzes us and keeps us from taking action before it is too late.

Sometimes in marriage we lack the motivation, ambition or courage to develop our masculine operating principles and boldly live in ways which honor them. It may take the pain of divorce to finally open our eyes and hearts and step out of our comfort zone.

And it’s often our FEAR of divorce which paralyzes us and keeps us from taking action before it is too late.

Can this work be done inside the context of a struggling marriage?

It just might be the thing which lifts both of you into a higher level of relationship and fuels a “second marriage” effort.

Other times it will be the thing which brings you clarity for the need to end the marriage.

No matter what outcome occurs, you can’t avoid doing the work. And if you’re doing the work for the right reasons, it will be the outcome that is supposed to happen.

The Men’s Live Coaching Roundtable is a powerful collection of men from around the world working together to transform themselves and their relationships. Dan Dore and I lead this community with 9 other professional coaches. We have live coaching video calls twice per month. The camaraderie in this group is something missing from the lives of too many men in the world.