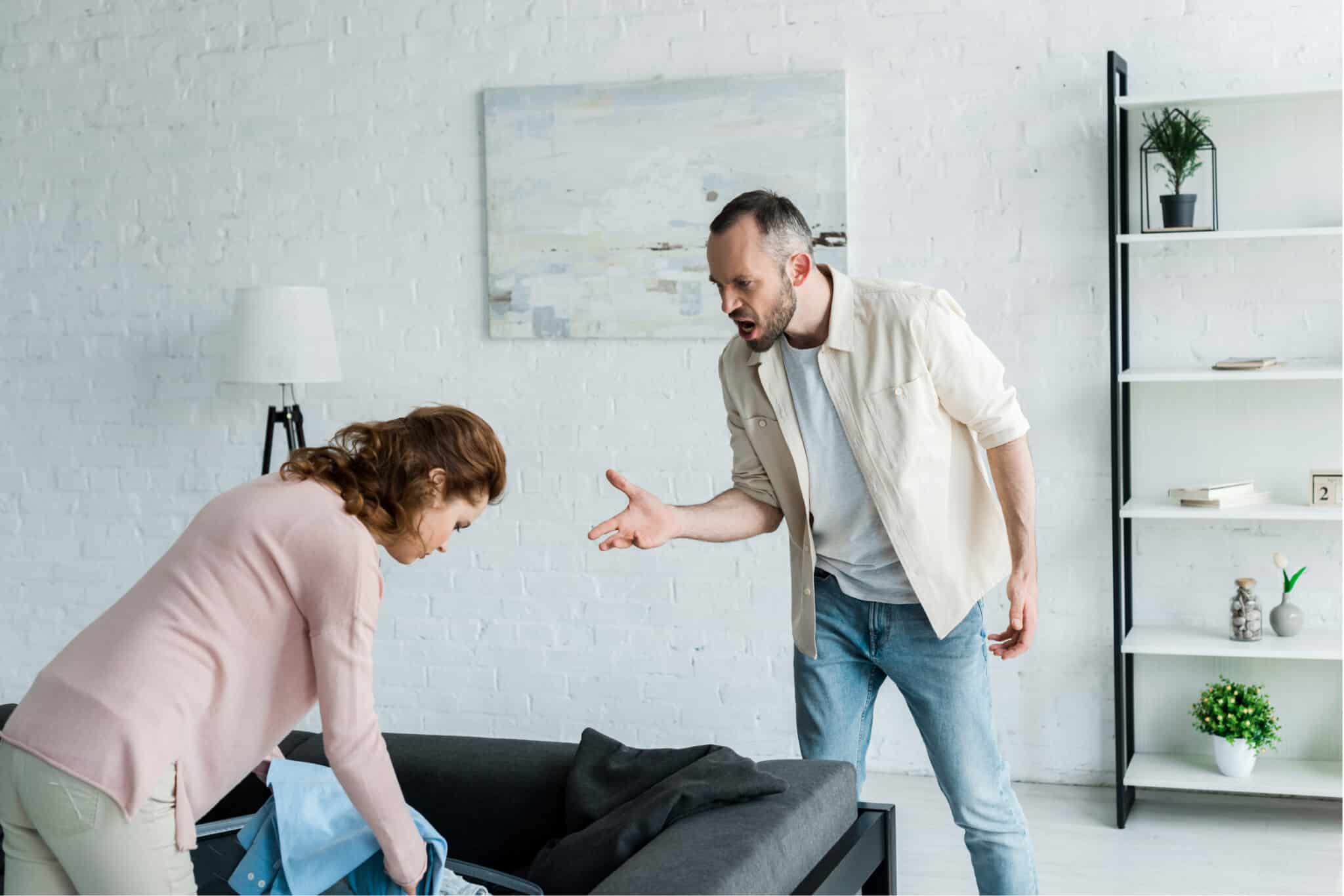 Your anger affects your wife negatively. The best route is to let it pass quickly. Emotions like shame and feeling vulnerable can fuel anger. I’m going to show you how to calm these emotions.

Today I was perched on the top step of a crooked ladder, standing on one foot with a framing nail gun in my hand as I leaned out to put just ONE MORE nail in the siding.

Everything in my brain said, “this is stupid”, but I kept going.

Then BAM! I was on a pile of rocks with blood running down my arm.

The anger was already boiling before I even hit the ground. I knew exactly what happened and why.

Then the embarrassment set in as I DID have a witness. The worst kind. The one woman I would prefer to see me in a better light.

I’ve always loved building stuff. Especially when it’s well planned, organized and things go just how I imagine they should.

This She Shed/He Shed project has mostly gone really well. Until today.

I was in a hurry. Rain was coming. And I thought I could take the kind of risks I used to take when I was 29 – not 59. Actually, the risks never paid off then and they didn’t today.

I explain the whole thing (and show you my boo-boo) in this video.

How to Not Die a Grumpy Old Man

We tend to believe that anger is simple. We think it’s a normal emotional reaction to something that ticks us off, offends us or scares us.

Have you ever had an angry outburst over something only to realize later there was something else going on inside you? Has your temper ever gotten so ridiculous that you became more angry at yourself for allowing it to go that far?

All too often what’s hiding behind our externally expressed anger is the SHAME of not doing better, knowing better or BEING better.

That’s what I was really mad about today. And guess what?

I’ve learned that the SOONER I ADMIT IT the better I feel and the better the day goes from that point forward.

Typically, we will make quick moves to defend our anger and silly outbursts because admitting we’re ashamed of being an ass is too much to bear.

My coaching for you today is to MOVE FAST to admitting the truth. Yes…out loud. Admit to yourself and admit to any witnesses (or victims) of your anger.

One reason women absolutely hate it when their man gets mad is because it scares them. They think we don’t have any control and we don’t have the ability to see how badly it affects others.

When we can quickly show that we have a handle on it, own it, laugh at ourselves and move on…the faster your relationship will get back to normal. I guarantee it. Try it this weekend.

If you’re reading this email and thinking, “Damn, I wish I had other guys to talk to about this stuff.” join the club.

It turns out the most powerful, interesting, confident and courageous men I’ve found are those who have the ability to be open, honest, unapologetic and vulnerable about this stuff. It’s changed my life. I want the same for you.

When I say “join the club” I mean it.

Chronic anger takes its toll on a man. You can see how your anger affects your wife too. Connect with safe men who are not afraid of their vulnerability. Heal your shame with men who care for you as a brother. A man who does this finds his anger passes quickly.

Join Dan Dore and I in the Men’s Live Coaching Roundtable group for amazing conversation, coaching and insights. This is stuff your dad never told you.

And if you’re on the edge of divorce with threats of leaving or requests for “space” then the How to Defuse the Divorce Bomb online course would be perfect. This course taught by coach Tim Wade and I also has a large, active group of powerful men who support each other on a daily basis. It’s possible that the group interaction is more valuable than the 9 hours of video coaching in the course!

As we say without reservation in the video, “This shit works!”

Click those links to get more information, videos and FAQ’s. You’re in the right place.