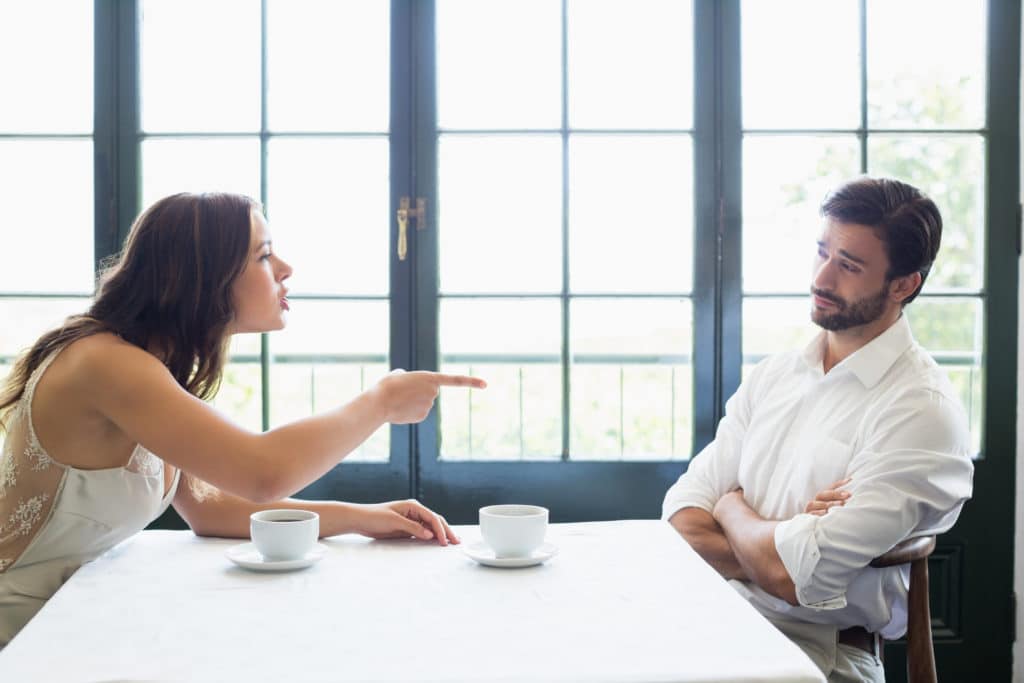 You’re not alone, almost every man I speak to says at some point “My wife called me controlling” and this causes us men great confusion. Here’s an example from a recent conversation…

John: “I want to talk about last night.”

John: “I just want to create more closeness between us, don’t you want that too?”

Emily: “No you don’t, you just want sex, that’s all you ever think about.”

John: “That’s not true, I enjoy being connected to you, why do you always have to turn this into an argument about sex??”

Emily: “Because that’s what you really want, you’re just not man enough to say it.”

Ouch!! It hurts, and part of why it hurts so much is because she’s hitting a nerve of truth. We do want closeness and connection, but we also do want sex – there’s no point in denying it. And there’s nothing wrong with wanting it.

It’s how we go about getting it that matters.

This is such a common conversation in the relationships of the men we talk to and it’s one I know well from personal experience too.

We’ve talked a lot in the past about the insecurity that many of the men in this conversation are struggling with.

They’re stuck in the mode of needing affirmation and validation from her through affection and sex which is the very thing that’s causing her to feel turned off and not wanting to participate.

There’s a hidden clue to know whether you’re being controlling or not.

I talk more about it in the video below:

Leaders give people options and they allow the other person to choose freely without resenting them for their choice.

Our mind can go into overdrive, feeling rejected and trying to analyse what it all means.

And it’s that reaction which we have that is the key to knowing whether you’re controlling or leading.

I want to help you to stop going into that downward spiral of feeling rejected, pouting, getting angry and resentful.

It feels like crap and you KNOW it’s the most unattractive energy your partner can feel from you.

And is the opposite of how a confident man would handle the situation.

When you get upset because your partner turned down your invitation to be intimate, she feels that you don’t really want to connect with her at all, you just want to get laid.

And then we confirm her theory the next morning by needing to talk about it.

Bringing rejection up again the next day, tells her that you don’t accept her choice.

Which to her feels controlling.

A man who is controlling has expectations around his invitation that mean if she declines, he just needs to find another way to get her to agree. He takes her decision personally and gets to work on proving why she’s wrong and should see how he’s right.

A man who is leading his relationship makes invitations to connect and allows her to respond however she wants to. He recognises that how she responds tells him something about how she’s feeling and he doesn’t take that personally. Instead he gets curious about WHY she made the decision.

A leader wants to know what’s going on with everyone in his life so that he can make better decisions and better invitations.

He understands that “No, I don’t want to”, “Maybe tomorrow”, “I’ve got so much to do” or “I can’t right now” are just extra pieces of information that he can use to understand what’s really going on.

And it’s this relaxed attitude, not focused on a particular outcome, that allows him to imagine other perspectives that she may be experiencing.

But right now what she’s saying is “I don’t feel all of that.”

Don’t project imagined feelings onto her, instead recognise that it’s your own insecurity talking when your inner voice says “She just doesn’t like sex” or “She doesn’t like me” or “The relationship will never be what I want it to be.”

As the leader, when you give her the option to respond however she feels without getting upset about her response, you’re giving her a choice to make that’s free from the pressure of expectations.

When you stay curious about her enough so that you can follow up with an alternative option that’s relaxed and genuinely inviting – you’ll be amazed at how often it leads to more connection and fun together.

In our coaching we take men through an intense program to become the man you were always meant to be. It’s a process of rediscovering your enthusiasm for life and it changes who you are as a man.

Some ways for you to learn how to leader her instead of control her are:

The Men’s Live Coaching Roundtable is a powerful collection of men from around the world working together to transform themselves and their relationships. Steve and I lead this community with our other certified, professional coaches. We have live coaching video calls three times per month. The understanding and support in this group is something missing from the lives of too many men in the world.

Our online course How to Defuse the Divorce Bomb is a deep and intense dive into handling yourself when you hear, “I love you but I’m not in love with you anymore.” Tim Wade and Steve host monthly live Q&A calls with all the students in this course which includes many other bonuses as well. Find out more here.