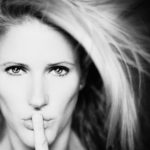 Your gut tells you that something is up.

You feel a constant nausea caused by the twisted, aching knot in your stomach telling you to be fearful and suspicious.

You feel betrayed – at least deceived.

You don’t know whether to confront her with indignant anger or to curl up in a corner and slowly die.

Not if you’ve been there. It’s hell on earth.

The angst and the constant questions keep you awake.

I have some unconventional and straight-forward advice for you on this.

There’s only one good way through this time in your life and it will require strength, clarity and courage.

I explain more in this video. Warning: I get a little worked up here.

This is an uncomfortable topic…it’s the idea that your wife might be cheating on you. That she might be lying to you or deceiving you or talking to somebody else.

I want to talk about this because this comes up A LOT!

Every time I talk to a guy about this he says “What am I gonna do?”, “I don’t know what to do next”, “What do I say?”, so what I want to tell you in this video is that nothing you can do or say is more important than what you’re thinking right now.

It’s your stinking thinking that has gotten you to this place of feeling this knot in your gut, this helplessness and hopelessness and despair. You just have to ‘figure this out’ and make her like you again. Or find out if she’s cheating on you.

This is all to do with how you think about what’s going on.

The first thing I want to talk about is how you should be thinking about what she’s thinking. Because that’s what’s keeping you awake right? “What is she thinking?”, “What’s going on with her?”.

But you need to understand that…she doesn’t even know what’s going on with her!!

But here’s the truth about her.

She wants to feel warm and wonderful and adored and appreciated and loved and significant. She wants to feel that rush, that tingly feeling of sensual connection and admiration from another person.

Of course she wants that from you, or wanted it from you at one point and she’s not feeling it right now. IN HER BODY…which is what she trusts the most. Her body is telling her…I’m not comfortable here, so I’m going to go over here. It may be text messaging, it may be facebooking, it may be conversations with guys at work, it may be even the thoughts and fantasies of having sex with another man.

And as much as you’e wondering about the deceipt and the betrayal you might be experiencing right now, you have to realise that what’s going on in her mind and body is no different to what goes on in your mind and body.

I’m not telling you to condone anything. I’m telling you to empathise and understand something at this very moment. All those feelings of anger you might have and wanting to confront her. You need to understand that what’s going on in her body is not an outward conscious attempt to immasculate you nd make you feel bad.

She is responding to the emotions in her body the best way she knows how.

You have a reaction going on in your body. You have this feeling of indignance, that you deserve more from her, you’ve worked so hard, you’ve built this business, you’ve gone to med school or you’re a lawyer or a jumbo jet pilot or an electrician and you’ve just busted your ass for her and the family. You’ve done everything you can to prove your worthiness…and now you feel unworthy. And she’s created this feeling inside you.

That’s what’s going on in you and I want to turn those thoughts around because you have these feelings of being slighted, that she owed you something. That somebody owed you the feeling of certainty and security inside your body and now it’s being threatened and it’s her fault and now you need to fix it.

Those are the wrong thoughts.

I want you to think about jealousy.

Where does jealousy come from?

She owed you some type of ownership or control over her thoughts, about her body.

You know…she’s got the two breasts and the one vagina on this planet that you’re allowed to look at and touch and have sex with.

So jealousy comes from thinking that you’ve had some level of ownership or comtrol over that, and that she’s taken them away from you and has decided to let another person have the attention and ownership on those things.

That’s how we think about the sexuality of it and how we wanted to connect with her and she’s not allowing it and now she might be doing it with somebody else!

Jealousy comes from the insecurity of the expectation that we ever had ownership of her mind and body and what she does with those things.

And this is part of it.

What I want you to do is to think about the truth about you.

When I was in your position, I didn’t understand the value of me. As much as I had accomplished in my life, the definition of my worthiness was coming through her opinion, her ability to love me, her ability to give me her body and her trust and her mind and to make me feel like I was on top of the world and that I had certainty in my life.

No matter what I accomplished outside the relationship, I was projecting my worthiness on what she was doing and thinking. This is the mistake that you might be making now.

The courage and confidence you need comes from a different train of thought…it’s an understanding that the day you were born, you were a worthy man.

The day you were born, you needed no more certainty or assurance from anybody outside yourself that you were a worthy man, that you deserve happiness and connection and laughter and sensuality and sexuality and that this one person at this time and day who seems to be distancing herself from you and removing her attention from you is not the measure of your wellbeing.

I want you to know the truth about who you are.

It doesn’t mean anything about you that she’s going through this time in her life.

Now you do have some reflecting to do…

Is it possible you’ve screwed up?

Is it possible that you’ve done some things that have put her in this position?

What if she turned round and said “I wouldn’t have done this if you hadn’t made me”?

Is there an element of truth to that?

She made her own choice, that’s the black and white truth. She made a choice if she’s talking to somebody else or if she’s having sex with somebody else. That’s her choice.

But, is there some truth that you could have been a different kind of man that may not have created this environment?

Sure. We screw up all the time. We do things that push women away and insult them and make them feel insecure and unloved. And yes, they can move away from that.

And they do the same for us.

Remember, marriage and relationships are a place where we learn how to love. We take these times and say “Wow, I need to learn from this”. “I need to become more curious, interested and amused instead of desperate and angry and hopeless”.

That’s the truth about you. You have the confidence, you have the value.

Whatever she’s doing or thinking doesn’t define you.

So what do you do next? I know you want something to do but I’m telling you how to be and how to think.

So one thing you can DO is very unconventional. I’m talking about radical honesty. Absolute transparency.

This is a liberating feeling. When you become a man who decides that he’s just going to say what he’s thinking, what he’s feeling and who doesn’t care about the consequences.

You always fear the consequences of speaking your truth but I’m here to tell you that it’s the most liberating thing you’ve ever done.

So…if you think she’s cheating or she’s acting inapropriately or having some kind of innapropriate boyfriend at work or whatever, you just say so.

“I just want to tell you that if you’re thinking of having an affair, that would be normal, I’ve thought about that too. If you’re fantasising about somebody who makes you feel good inside, soft and gooshy and sexual. I want that feeling too.”

“So if you ever think you want to have an affair or end this relationship or be with somebody else, all I’m asking is that you just be honest about it. Let’s be radically honest, let’s be transparent about it. No games, no hidden feelings, lets just talk out loud with each other. That’s why I’m telling you how I’m feeling, what I’m thinking. “

“We’re both going to be OK no matter what happens.”

“I’m going to dinner tonight, I’m going to have pizza so if you’d like to come along, that’s great, if not, I’ll be gone until about 9 o’clock.”

What is the effect on her when you do that?

I could predict the effect though…

It’s probably amazement and shock and wonderment and she’ll probably say nothing in return or she might say “Whatever” and go off and say “What the hell was that..?”, “That was the most brutally honest and courageous thing I’ve ever heard him say in all or years of marriage. Who is this dude? (and why is he going to eat pizza by himself?)”

So you create curiosity and interest. This is where the attraction first started with you guys. When you were unapologetic and goofy and open. This is when things started to feel good.

I’m asking you to go back into that energy for YOU, not to save this marriage or to make her like you again. Do it becasue you like being this guy.

This is what I do for men. I help them get that grin on their face and that swagger in their step so they know that they are OK no matter what happens in this moment right now.

That you’re OK. That you’re going to be OK. You can get through this as long as you stop projecting the responsibility to make you feel good onto her. This is your job!!

If you’re ready for someone to talk to – someone who has walked in your shoes and found the way through the mess… then go HERE to apply for a consultation call. I guarantee you’ll feel better by the end of our talk.