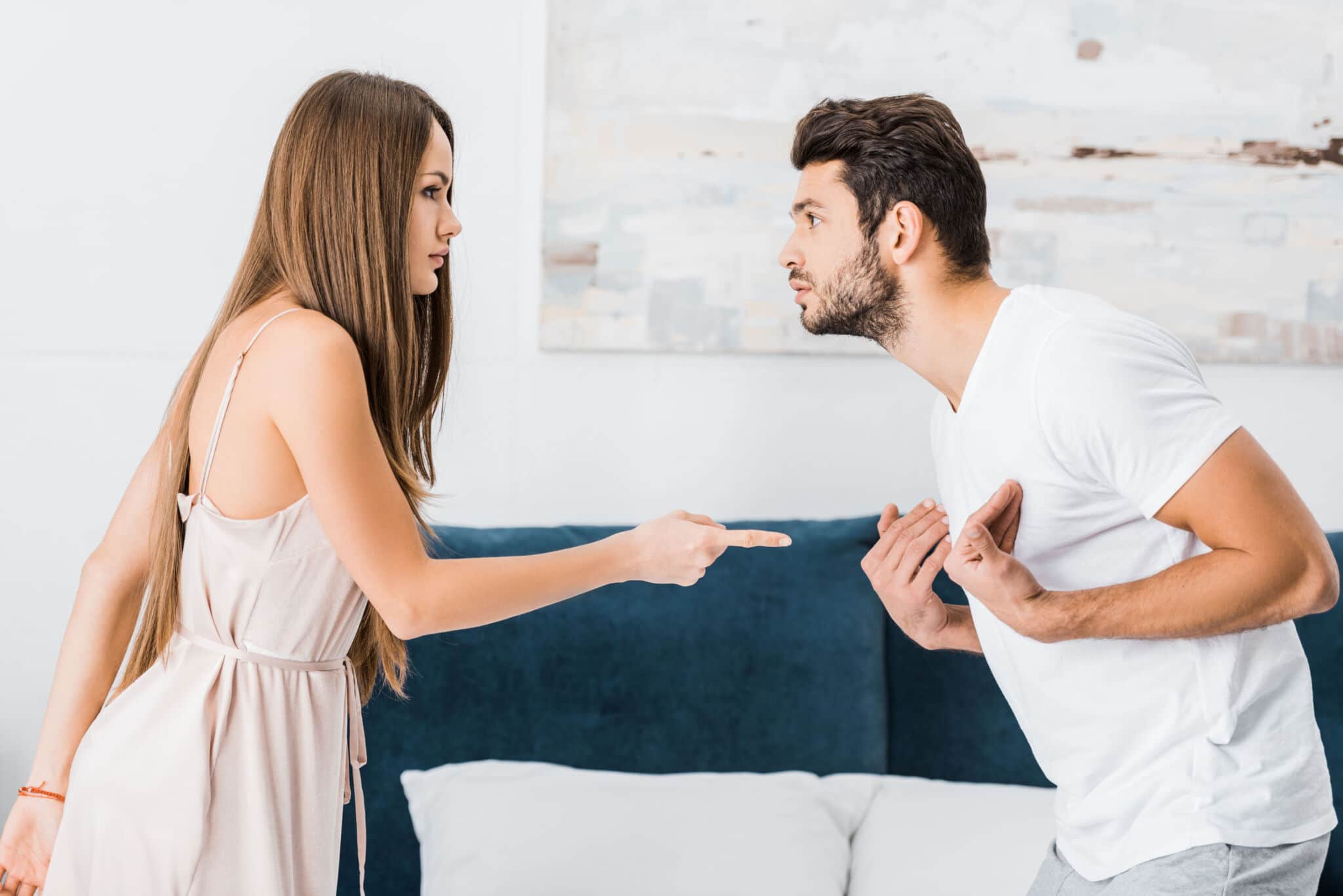 I was talking with a client the other day and he told me had never seen RAGE like he saw in his wife’s face.

They were having a heated discussion and he decided to just end it by calling her the “C” word.

It’s the one word women have told me they hate hearing more than any other name you could call them. And it’s not what you might be thinking.

He said, I’m done with this. You’re just crazy!

Oh yes he did. He used the crazy word.

And it began an emotional nuclear reaction that lasted for the next 14 days.

He told me he had never seen such an intense combination of RAGE and TEARS at the same time.

Do you know why this is one of the most destructive words you can use in your relationship?

I get really clear and explicit in this video.

Pouring gas on the fire of shame

When it comes to name calling, we know exactly where to poke the most sensitive nerves in each other.

But calling her “crazy” is like pouring salt on a gaping wound of shame.

As Brene Brown’s research has shown, many women have decades of conditioning around the “not good enough” shame trigger. And the one person she hoped wouldn’t poke that trigger is you.

It’s easy for us guys to empathize with this if we’re willing to stop taking things personally for a minute.

Think about a time when you’ve been feeling upset, aggravated, inadequate, clumsy, clingy, unappreciated and/or unloved.

And then someone says, Just stop being a pussy!

Oh yes they did!

I know! It trips a shame trigger that feels like a dagger in the gut. It rubs salt in the male shame wound of “being weak”.

Now you know how she feels. It’s called empathy.

It’s the secret sauce and fail safe solution to the toxic habit of name calling and shame triggering.

And when you get clear, strong and confident in your own masculine frame, you can employ empathy in ways that will change the entire tone of your relationship.

What if if you had another pair of glasses to see the truth?

What if you learned to be more aware and more skillful in how you respond?

What if you knew exactly what she needed to trust you enough to move closer?

Somebody needs to lead the way here, brother. And that’s you.

This short lesson on the “crazy trigger” is one of dozens of things we teach you when you join the Goodguys2Greatmen community.

Whether it’s personal coaching, group coaching or the online course you will make powerful changes in yourself and improve your relationship faster in a few weeks than you ever thought possible.

The Men’s Live Group Coaching Roundtable has an incredibly active Facebook group and we meet twice a month for live Q&A coaching.

One guy posted this recently in our secret Facebook group:

I want to say how much I appreciate you guys that have participated in the previous calls. I’ve listened to the last 8 or so calls. Your sharing and intelligent insights have really helped me recently. I just want to thank you for opening up and being there. Your participation helps beyond the calls.

And if you’re a man who is just finding out that he may be headed for separation or divorce, the powerful online course “How to Defuse the Divorce Bomb” has its own community of amazing men who are waiting for you to join them in learning things you wish your dad told you about men, women and marriage.

Interested in a personal coach for customized coaching program? Apply here for a free consultation call.