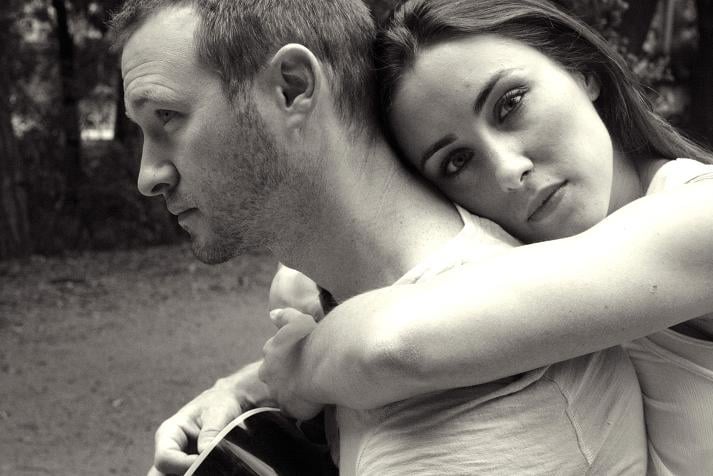 Being your wife’s best friend is fantastic…unless it’s the wrong kind of friend.

Bob was nearly crying when he told me something that was really eating at him.

“She told me she feels that we’re more like good friends than lovers. We’re great parents and we get along perfectly – except she says she really isn’t attracted to me ‘that way’ anymore.”

I told him he was in the company of thousands of good guys, good dads and good husbands. What his wife told him is so common it’s almost funny…if it wasn’t so heartbreaking.

Bob is wicked smart, hardworking, dedicated, loyal, productive, committed, honest, generous and sensitive. He’s focused, dependable and he is a man of his word.

Everyone admires him and appreciates him.

But what he’s missing most are the feelings of admiration and appreciation from his wife.

He really wants to feel her easy affection and desire.

He wants his lover back.

How Did This Happen?

In Bob’s case, this started happening soon after his wedding. It was the first year after their marriage where Bob and his wife entered the land of the “ilities”.

In her book, Mating in Captivity, Esther Perel talks about this strange but predictable place many couples find themselves after committing to each other. They immediately begin a process of transforming their former fun, light-hearted, spontaneous and flirty life into an uptight, restricted and boring life of responsibility.

They grow into a well-oiled team of, well, friends. Friends who get shit done.

And they both secretly desire to be a well-oiled team of lovers.

Is This Bob’s Fault?

No, it’s not Bob’s fault or his wife’s fault. Stumbling into the land of the “ilities” is one of the most predictable problems couples create for themselves.

And they can choose to create something else if they want to.

Finding blame in never part of the solution. But conscious action is.

Bob and his wife need to remember what brought them together to start with. None of the words used to describe their early energy and attraction ended with “ility”. And there is no reason why, starting tomorrow morning, one of them can’t begin to reverse the “friend zone” spiral they’ve created.

Bob told me, “We used to laugh constantly and found the same things hilarious. Then we’d have the deepest, most connected conversations ever. We could be apart for days at a time and not lose a bit of desire for each other. And we could even have big arguments that always ended with passion.”

What are You Afraid Of?

Reversing the “friend zone” spiral in a relationship can be scary.

I asked Bob what he’s afraid of. Why doesn’t he just start being that guy he used to be?

He said, “I’m afraid of looking stupid. I don’t know how she will react anymore. I don’t want to come across as creepy or needy. Besides, she hasn’t initiated any of that so I don’t think she’s interested.”

“Do you enjoy being the playful, fearless, fun, goofy, sexy guy?”

“Hell yes. That was the best time of my life with her!”

“Why were you so comfortable being that guy before you were married?”

“I don’t know. I guess I really didn’t give a shit what she thought of me and I didn’t have as much to lose.”

“Yeah, it was easy because I knew she liked it and wanted it.”

“And what makes you think she’s changed?”

I received an email from Bob titled, “Am I drunk?”

It seems his wife asked him that question even though he stopped drinking a year ago. She commented on how goofy he had been lately and she wasn’t sure what to do with it.

Then at 1:30am, from her night shift job at the hospital, she sent a one sentence text to him.

He wanted to know what it meant and how he should view her changing moods.

I told him that when a man decides to simply be the goofy, fun, flirty, sexy man he wants to be, he doesn’t need to analyze a woman’s moods. It’s quite possible that at 1:30am that morning she was feeling love for the man who wasn’t giving a shit what she thought about his goofiness.

So she took action and told him so.

Anyone can do it…if they want to.