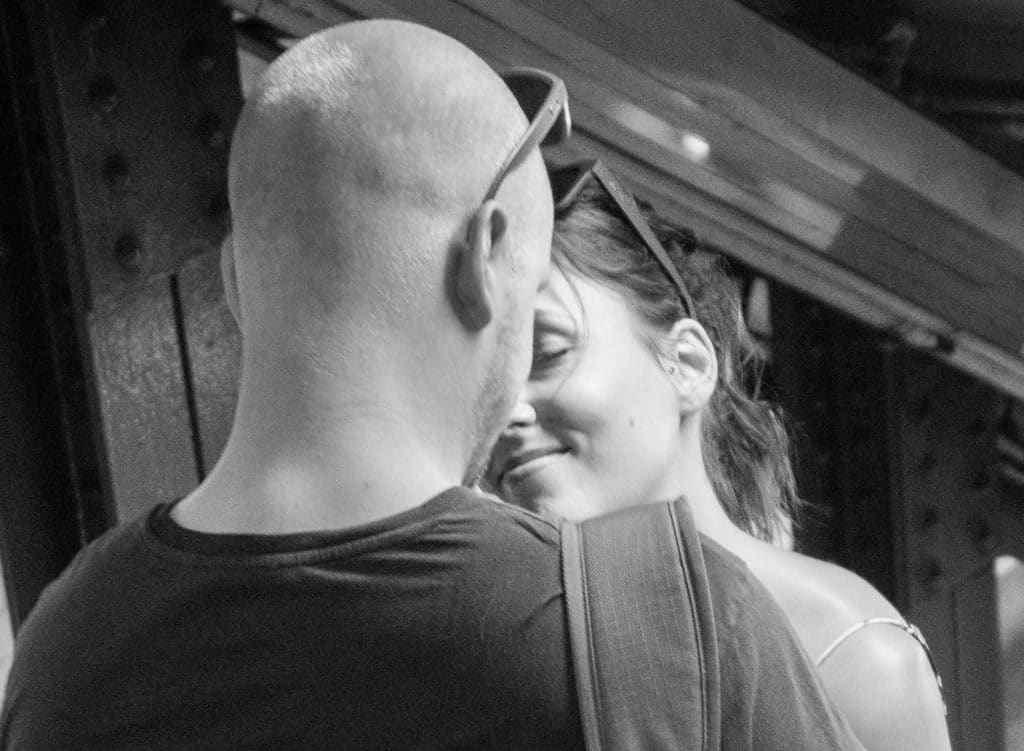 Every other week I get together with a bunch of amazing guys in Fort Collins, CO. It’s our “Men, Marriage and Sex” Meetup group.

Recently we were talking about the difference between healthy self-confidence, arrogance and plain old assholism. (It’s like a disease)

I threw out the notion that healthy confidence in a man is where he consciously cares about what others think, feel, fear and dream…but he doesn’t give a crap what they think about him, his values or his mission.

This always confuses guys at first. Just the phrase “doesn’t give a crap” makes them feel like an asshole. That’s part of their problematic “good guy” social programming.

I word it like that to get a rise out of people. It challenges them. Both men and women usually bristle at the idea of a guy who “doesn’t give a crap”.

But a truly self-confident man doesn’t get wrapped up in the drama of other people’s opinion of him. He isn’t rattled by their moods, disapproval or disappointment in him.

Because a truly self-confident man is operating to his own standards for a life well lived. He is living within his own boundaries as a man of integrity, honesty and transparency. He doesn’t require validation from others for the way he chooses to live his life.

He has clearly defined values which direct him. He’s focused on a powerful vision of who he is, what he wants and where he is going.

He’s on a MISSION that is more important to him than those who might judge him and his mission.

I believe it is only THIS GUY who can authentically care about other people’s feelings, fears and dreams without giving a crap what they think about him. He isn’t attached to their approval or to any outcome.

Other men live in a prison of insecurity.

Everything other people say or think about them runs through a filter of self-doubt and fear that makes them react with anger and defensiveness.

They lash out in retaliation. Then they try to control others with criticism and manipulation

These are not confident men. They are assholes.

I went down to the barn and made this quick video for you about this.

I want to talk abou the difference between a confident man and a man who’s an asshole.

But I want to be a confident man.

I want to be a confident man who feels strong, calm, very deliberate and intentional in what I do and that I’m pleased with myself. That I feel good in my own skin.

I don’t want to have to rely on other people to make me feel good about me.

I think those are the hallmarks of a confident man.

The asshole man is an angry man.

Men who come across as confident and masculine, but are atually jerks are those who are angry at people. They have tempers and they expect a lot of things from other people to make them feel good.

They have a sense of control over others. They can be intimidating and demanding.

That’s not the guy you want to be.

The difference between being a confident man and being an asshole is that you don’t need other people to validate you.

A confident man is a guy who can go through life understanding who he is, what he wants and where he’s going and he doesn’t need other people to make him happy.

He doesn’t blame other people for the life he’s experiencing. He doesn’t blame them or hold them accountable for him feeling happy, or focused and directed on a mission that he’s chosen.

A confident man knows how to give from a place without strings.

Unconditional love and unconditional attention that you give others is only possible when you know that you’re ok all by yourself. That you’re not coming from a place of giving to get. That you don’t have some kind of secret contract that you give to other people ONLY if they will give things to you in return.

As if your only mission in life is to get other people to like you. Or to do things for you. Whether it’s favors or sex, it doesn’t matter.

Confident men don’t rely on other people to give them things to feel good about themselves.

That’s what we’re going to talk about at the Confident Man Ranch Retreat coming up. We’re going to work on confidence and work on that side of us that can be a little bit needy.

I have it too, right. We’re not perfect.

What I’ve just finished telling you, is an ideal. It’s a mission to shoot for. It’s a process.

We have to focus on the things that will make us feel better about ourselves and make us understand that happiness comes from within.

We do that by working with other men.

We do that by hangiong out with men who are on the same path as we are.

We remove the men in our lives who are petty and blaming and victims of life and we make friendships with men who are looking for a better way.

I hold these retreats, because I believe in them. I get as much out of these things as you do. I promise.

I’d love to see you there – click here to read more about the retreat – we only have three spaces left.