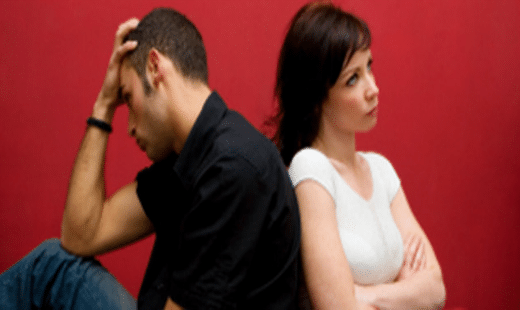 Bill is a nice guy husband. And he’s furious.

Bill is one of those “nice guy husbands”. He is strikingly familiar to me and models a former version of myself.

By all appearances, he’s got the world by the balls.

He’s got a beautiful home, gorgeous wife, 4 great kids and an enormous income from his successful software business.

Despite his attractive 6 ft. 2 in. frame, dark complexion, sexy smile, impeccable style, enviable income and the adoration of all of the neighborhood ladies…Bill is quietly smoldering with resentment.

It seems Bill has captured the admiration of just about everyone…except his wife.

Bill has a secret he’s ashamed to admit. Nobody would ever suspect this is going on inside his home.

His marriage sucks and he’s killing himself trying to fix it.

But, Bill is a really good “fixer”.

He can fix anything. His entire life has been a long string of over-achievement, business success and admiring friends. In his mind there is nothing that can’t be fixed with extra effort and persistence.

Bill is generous with his time, attention and money…sometimes to a fault. He loves getting appreciation and admiration in return for his efforts. And when he’s feeling insignificant or ignored, he knows exactly how to get people to notice him. He just gives until he gets.

So why isn’t this working at home?

Bill Gives…and Then He Gives Some More

Bill explained to me his strategy. He knew exactly how he would fix the problem at home.

All he had to do was keep giving to his wife until she had to submit. He would give so much that she would have no choice but to appreciate him, kiss him and give him the passionate sex he wanted.

So he told me his plan. This is based on a true story. Prepare to be amazed.

I give her so much! I work 70 hours a week and make great money. She can buy anything she wants and she knows it. She’s not a great cook, so I’ve been doing all the cooking for breakfast and dinner. I also do all the shopping because I pass by the store anyway on the way home. I also do all the laundry and most of the housecleaning. I have higher standards than she does, so it’s easier just to do it myself. She stays home with the two little ones and spends most of her time on Facebook from what I can tell. Recently I’ve started bringing home flowers for her to get her attention. And last night I brought home some rose petals and candles and drew a hot bath for her and decorated the tub. After she was in the tub and I was walking out, waiting for a thank-you, she said, ‘You know, you really shouldn’t try so hard.’

That just pissed him off and he asked me, “How much more do I need to do to get some affection from her?” I told him, “Less. Much less.”

When I told this story to a woman recently she said, “Awww…he’s sweet.”

All I could do is laugh and say, “No, Bill is being a fool.”

He is doing way too much and for all the wrong reasons.

No self-respecting man should be tripping over himself to prove himself worthy. A self-respecting man isn’t motivated by the need to have others like him. And he doesn’t disrespect himself by taking on more than his fair share of the load just to get sex.

I explained to her that Bill is making the same mistake every “nice guy husband” does.

He has come to believe that every relationship in his life is a simple transaction.

If I give this then I must get that.

He thinks if he’s willing to give his time, attention and money…then others will feel obligated to give him their time and attention in return. It works really well for him everywhere but at home.

Bill’s mistake is believing his wife should be impressed by his generosity, selflessness and kindness. If a little is good then more is better. He believes that by going overboard she will feel obligated to reciprocate with love, affection and sex.

The truth is Bill’s wife is disgusted by his willingness to prostitute himself out just to get her to like him.

His plan will never work because she will never respect a man who doesn’t respect himself.

First of all, I want to acknowledge the obvious issue with Bill’s wife.

No matter how jacked up Bill’s sense of self-respect is or how he is trying to manipulate her, there’s no excuse for her lack of effort. She needs to step up and pull her weight. She needs to address her own passive-aggressive issues and take responsibility for her fair share of the load no matter what.

No matter what his wife chooses to do Bill needs to find his way back to self-respect and self-validation.

Most “nice guy husbands” have never really achieved those things but they manage to thrive in business and friendships using the implied contract of “I give therefore I shall get”.

Bill needs to stop giving at home with the hidden agenda of coercing his wife to like him. He must learn how to create his own feelings of independence and affirmation. His attachment to her responses toward him has created a monster. This is the hallmark of a “nice guy husband” – a chronic neediness that infects his relationship and his soul.

He must decide what his personal values are and what he expects of himself. This includes establishing clear boundaries for what he expects FOR himself. He must learn how to hold himself accountable to his own principles and how to defend his boundaries without apology.

This is his path to learning the art of self-reliance and detachment from neediness.

Will this save his marriage? Will it re-attract his wife?

Will he ever have the affectionate and passionate relationship he wants?

If he does the work…absolutely.