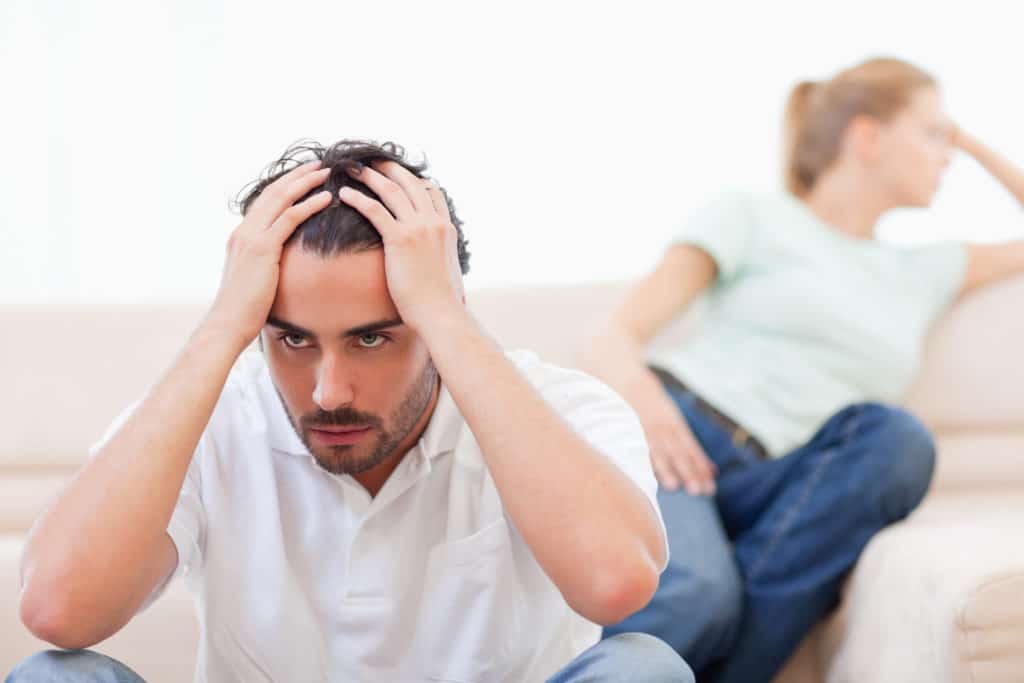 John Gottman’s research states that this relationship behavior is the #1 predictor of divorce.

I’m taking his research and translating it into easy-to-understand language with easy to implement actions for you.

John uses the term “The Four Horseman of the Apocalypse” which are FOUR BEHAVIORS that he says predict divorce with about 90% accuracy.

So if these things show up consistently in your relationship, you can bet things won’t be going your way in the future.

The four behaviors are:

I break down each behavior this way:

a. What is it?
b. What it is not.
c. What is looks like or sounds like
d. How it poisons the relationship
e. How to change your behavior now and start doing something different

The fourth “Horseman of the Apocalypse” is CONTEMPT.

Contempt (noun): the feeling that a person or a thing is beneath consideration, worthless, or deserving scorn.

It’s a fancy word for the hateful actions; words or regard one person has toward another.

Have you ever been on the receiving end of it? How about the giving end?

Contempt has many faces…sometimes it’s disguised as common sarcasm, cynicism or “just kidding”.

When it’s done with the intent to criticize, judge or shame someone…it’s almost always coming from a place of fear. This fear is usually based in a feeling of shame – a fear that you are actually unworthy.

As Brene Brown points out in her book Men, Women and Worthiness, when someone is shaming another you can bet it’s about something they feel shame about within themselves.

This is extremely important to understand whether you’re on the receiving or giving end of contempt.

Watch the video for more information about contempt and how to stop it.

Contempt is the worst “Horseman of the apocalypse“ because unlike criticism, defensiveness and stonewalling, there is a very hateful energy behind it. Contempt has a truly mean motivation behind it and includes behaviors like: mocking, disrespecting, ridiculing, condescending, belittling, mimicking or eye-rolling and is fuelled by a long-term simmering on thoughts that you’re holding in your head.

Contempt is the worst because it feels like hate.

Every time you do something contemptuous it’s going to create even more feelings of hate.

Contempt can also come from a place of superiority. It can make you feel more righteous and it tends to make the person who’s doing it put themselves on a pedestal and look down on the other person.

But let’s get clear.  When she is in a bad mood, if she rejects your advance for a hug or a kiss or even sex – that isn’t contempt.

When she complains about a bad day, stupid co-workers or feeling overwhelmed – again, that’s not contempt.

Contempt is intentional. It comes with the intent to hurt. It’s not the smaller stuff like complaining, whining and venting.

Most contemptuous acts come from a place of fear and insecurity.

This is what I want you to know about all of these “Four horsemen of the apocalypse” – criticism, defensiveness, stonewalling or contempt – when people do these things (including you) – it’s always coming from a place of fear or an inner wound.

Here’s an example of when a woman is showing contempt for a man after he came back from work and rather than helping out, he just sat down on the couch:

“You’re tired? Cry me a river. I’ve been with the kids all day, running around like mad to keep this house going and all you do when you come home from work, is flop down on that sofa like a little boy and play those idiotic computer games. I don’t have time to deal with another kid. Try to be more pathetic won’t you?”

In my experience (married for 28 years) I can think of many kinds of contemptuous things I did, especially when it came to what I used to call “intellectual warfare”.  This was is when I would try to make her feel stupid and insidiously try to insult her intelligence. I’d be condescending, belittling, mocking…that kind of stuff. I hate to admit that I was like that but when I reflect back and hear some of the crap I said… I’m not proud of it.

If only somebody would have told me what I’m telling you now.

How does contempt poison a relationship?

Contempt creates a total lack of emotional safety. In the example I gave above, that guy will never feel safe to enter his home again and just sit down to watch TV or play a video game without the fear of being attacked and totally emasculated. Emotional safety is another one of the foundations of a good relationship.

Using contempt erodes trust in each other and you then start to EXPECT the worst from each other.

Contempt creates a repelling energy between you two so that you can’t even get close to each other anymore…creating even more distance and tension.

Contempt, breeds more contempt. The more contemptuous you are towards her, the more she will be toward you and vice versa.

So how can you change a cycle of contempt?

I want you to know you always have the choice to decide your response. Your feelings come from your thoughts.

The next time you feel attacked or mocked or ridiculed, I want you to first recognize that it’s coming from an emotional reaction inside her.  Then you can decide how you’re going to choose to think about it.

Recognize that the attack comes from fear, from frustration, from a part of her that isn’t trying to hurt you. She’s trying to build herself up or to protect herself in some way and it’s not all about you!

When you feel contempt coming at you, you have to just stop, identify it and call it out.

It’s very important that you are consistent in how you handle this.

The best way to stop contempt in your relationship is to be the one who stops doing it first, permanently and consistently. Do not allow yourself to screw up. Hold yourself accountable to a higher level of behavior.

Criticism, defensiveness, stonewalling and contempt are the four things that are most likely to create a divorce. If you want a way of reversing the downward spiral in your marriage and creating a new version of your relationship then it has to start with you.

You have to decide that you are going to BE the change that you want to experience.

You can’t expect things to change when you’re sitting around and being the victim saying “Well she’s been critical, she’s been defensive, she’s been stonewalling me and she’s been contemptuous”. That’s how kids talk. When we grow up into men we get the choice – the choice to grab our balls, take control and be the master of our own emotional world.

Start hearing what you’re about to say and catching yourself before you go there. If contempt is being aimed at you, stand strong, call it out, tell her what you expect, and own your stuff.

We would love to help you become more confident, more calm and more deliberate in your marriage and all the areas of your life where you’re struggling.

Either through 1-on-1 coaching with my colleague Dan Dore or me, or in our group coaching program along with some incredibly amazing men who are dealing with the same issues you are.

You can get started straight away by joining our Men’s Live Coaching Roundtable where we will help you re-find the confident, attractive man you know yourself to be.

Find out more about our group coaching program here. There’s already a great bunch of guys in this group with us, supporting and helping each other through this process of growth and self realization.

If you want to become a man who knows and trusts himself to create the life and love he wants, apply for a free consultation call with me or Dan. I guarantee you’ll feel a whole lot better by the end of our talk.