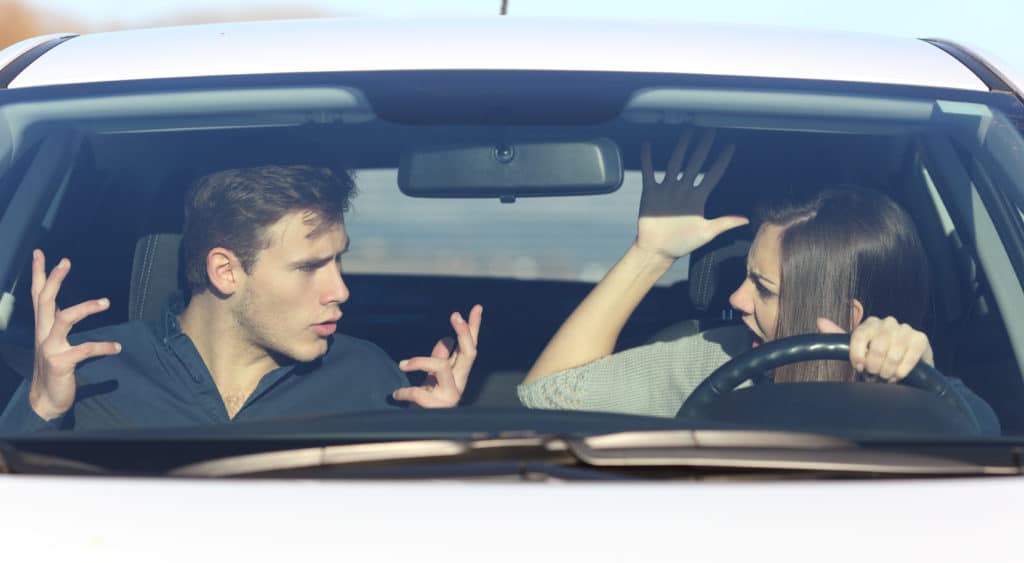 There’s this guy named John Gottman who does a ton of research on marriage.

He’s kind of a big deal because of all the detailed analyses he’s done on what makes relationships last and marriages survive…or crash and burn.

In my next 4 videos, I’m putting his research into easy-to-understand language and easy to implement actions to stop the madness!

He came up with the term “The Four Horseman of the Apocalypse”. These are the FOUR BEHAVIORS that can predict divorce with about 90% accuracy.

In other words, if these things show up consistently in your relationship, you can bet things won’t be going your way in the future.

The four behaviors are:

In each of the next four videos, I will break down each behavior this way;

a. What is it?
b. What it is not.
c. What is looks like or sounds like
d. How it poisons the relationship
e. How to change your behavior now and start doing something different

In this video, I talk about CRITICISM.

I know that you too have felt these coming at you from her.

I want to talk about the power you have to stop the downward spiral and about what you can do to counteract criticism when you’re receiving it and how to stop giving it.

Criticism isn’t a statement or a complaint or some kind of venting of frustration or anger. Some guys mistake feeling criticized by a woman who’s moody or angry or venting and complaining about something that’s gone wrong in her life or something he’s involved with. But they are thinking about it incorrectly. That’s not necessarily criticism unless it’s coming directly at you in a very personal attack.

These are toxic criticism. They’re very personal. They’re meant to hurt and to inflict pain. They’re very judgmental and they’re incredibly destructive to the relationship.

You have to be careful of criticism when you’re on the receiving end because not every time she says something is it a criticism – sometimes it’s down to how you take it.

When you’re delivering criticism, it comes across to her in a way that makes her think you’re saying:

And you can imagine how those things erode the relationship.

Criticism poisons a relationship by undermining any sense of trust and attraction.

As soon as you start criticizing and picking at the very core of the character of the person that you’re in a romantic, sexual relationship with you start dismantling the very foundation of trust and attraction that you once had with each other.

Anything that erodes the foundation of trust, emotional safety and attraction is something that WILL destroy your relationship.

So here’s a tip on how to change this…

What do you want to create instead?

As soon as you hear yourself about to say something critical, stop and think about what you want to create instead.

You must understand that the moment your mouth opens and you decide to say something critical, you’re going to come out on the worst end of the deal.

Nothing good can happen from criticizing. Absolutely nothing.

If you decide that instead of criticizing, you want to create more trust, more attraction and more respect…then what would be the next thing to come out of your mouth?

What we’re talking about here is self-awareness.

Listen to what you’re about to say as you feel that anger and shame bubble up in your body when you’re in an argument or some kind of conflict.

When you’re about to say something critical, listen to it in your head instead and then do the opposite!

Do the opposite of what you’re thinking.

Sometimes you have to catch yourself.

I have to bite my tongue all the time.

So if you’re about to say something critical, stop…breathe…and pause. Change the topic. Say something really nice or, better yet, say nothing at all.

Instead, move in…softly…calmly and give her a hug or give her a kiss.

Replace the negative emotion you were wanting to give with something positive.

Don’t do it with ANY expectation but because you’re deciding to change what you want to create in your relationship.

If you want a relationship filled with trust, affection, respect and positive regard for each other – someone has to take the initiative and lead the relationship there.

This is what we help men do.

Come and join my colleague Dan Dore and I along with some incredibly amazing men who have walked in your shoes – or are walking in them now.

The 2019 Men’s Live Coaching Roundtable is now open and is the perfect place for you to get the support, insight, encouragement and coaching you need to re-find the confident, attractive man you know is in there.

Find out more about our Roundtable live coaching program here.

This is what we love to do, to teach men – how to be better, how to know who you are, what you stand for, what you want and how to CREATE it in your life through our Masculine Confidence coaching programs.

If you want to become a man who is calmly moving toward what he wants and no longer wondering when (if ever) he’s going to have sex again, apply for a free consultation call with me or Dan. I guarantee you’ll feel a whole lot better by the end of our talk.